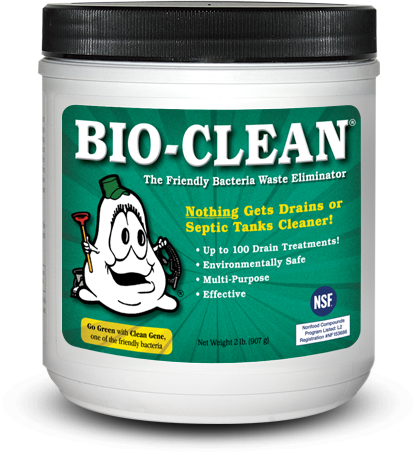 Nothing Gets Drains or Septic Tanks Cleaner!

Every year people waste MILLIONS OF DOLLARS on products that can’t solve their plumbing problems. But what if there were a product that not only REMOVED the cause of the problems, but did it in a SAFE, EFFECTIVE and ECONOMICAL MANNER? That product is BIO-CLEAN! 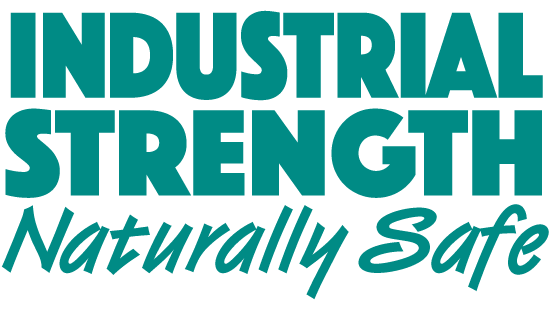 BIO-CLEAN is…a unique blend of all natural bacteria and enzymes used to eliminate waste buildup in plumbing and septic systems. Our enzyme concentration is the most powerful on the market and is delivered to you in powder form to retain potency and maximize effectiveness. BIO-CLEAN is non-poisonous. It creates no heat, no fumes, no boiling. It does not attack live tissue nor inorganic materials, only organic wastes like grease, hair, food particles, paper, cotton & sewage.

Bio-Clean is a special blend of natural bacteria and powerful enzymes that biodegrade organic material commonly found in plumbing and septic systems. It is freeze dried and then packaged in powder form to deliver maximum strength and a long shelf life. (Up to 5 years) Unlike liquid treatments which usually only contain 1 or 2 types of enzymes, BIO-CLEAN’S powdered form contains 4 different types! This allows it to treat the 4 types of waste (protein, grease, carbohydrates, fiber) commonly found in every system. When mixed with water, BIO-CLEAN immediately goes to work! 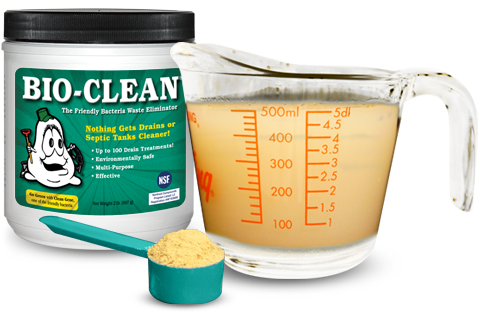 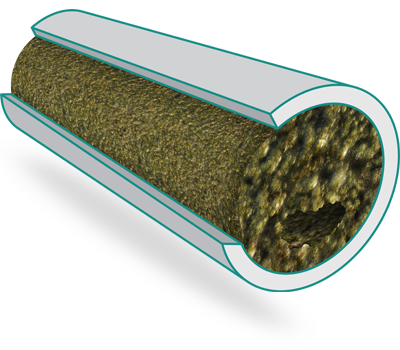 Waste accumulates in your pipes causing slow, or even clogged drains. 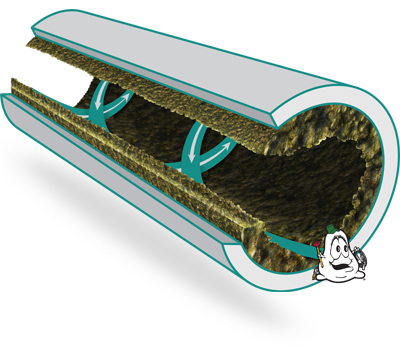 Once applied, Bio-Clean’s bacteria eat their way into the waste that has accumulated on bottom, sides and top of the drain pipe. 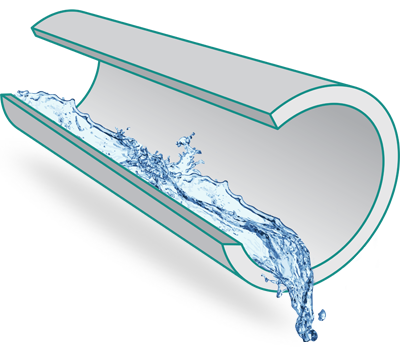 BIO-CLEAN changes the waste particles into water, carbon dioxide and mineral ash which run harmlessly out of your waste system. 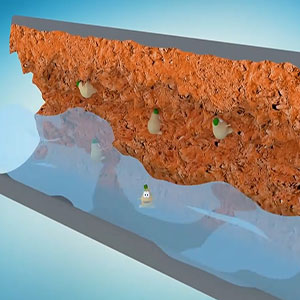 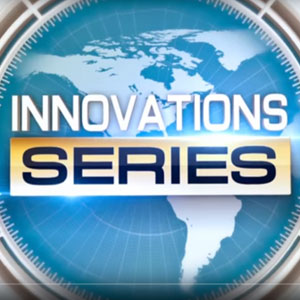 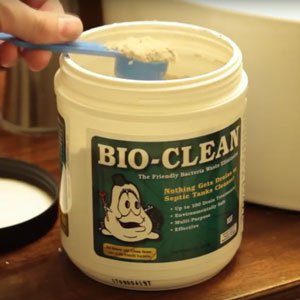 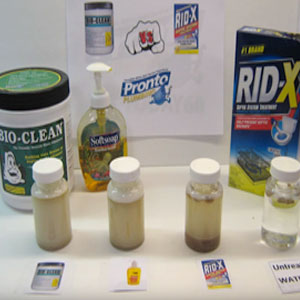 How does Bio-Clean stack up against Rid -X? 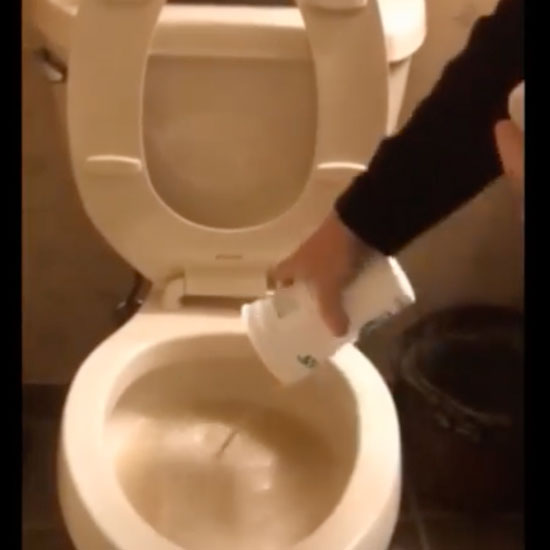 How to treat a toilet with Bio-Clean 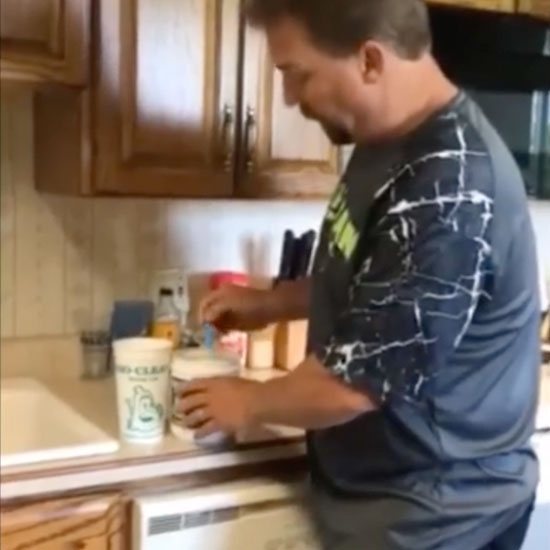 How to treat your garbage disposal with Bio-Clean 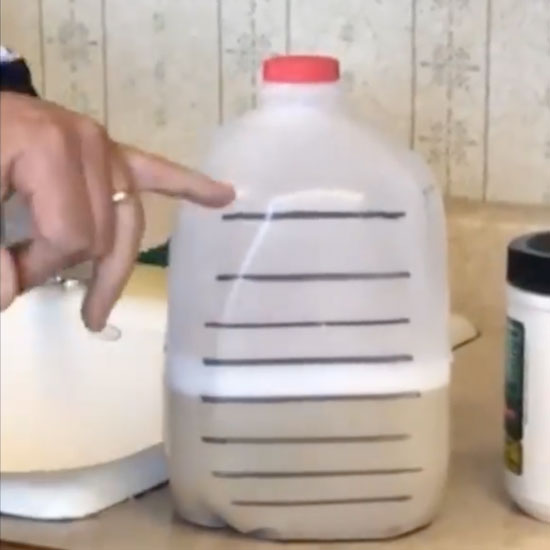 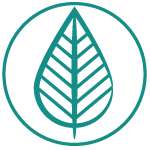 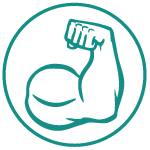 When mixed with water, BIO-CLEAN immediately goes to work! The enzymes start breaking down waste on contact; creating food for the bacteria. BIO-CLEAN contains billions of bacteria and as they eat, they double in number every 30 minutes. Unrestricted by gravity, they spread through the entire plumbing system, devouring all the organic waste. 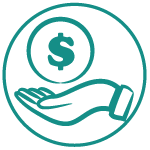 Bio-Clean can be used for all residential and commercial drainage and sewer pipes, including:

There are millions and millions of bacteria in each spoonful. Each one will eat its weight of waste every 60 seconds. They double in number every 30 minutes, and as they multiply they will spread throughout the entire drain system.

Odors are caused by biodegrading organics in your drains. BIO-CLEAN eats those organics, therefore eliminating the odors.

Help of course! BIO-CLEAN eliminates the harmful contaminants in wastewater so that only minerals and plant food remain.

Most people notice improvement in a day or two. With proper application, results are guaranteed in one to three weeks. Note: The cleaning process is not completed with the initial five day treatment. The time is determined by the type of material the buildup is comprised of (grease, soap, hair) and the length of the lines. Hair takes the longest to digest.

Do not flush for 6-8 hours. The quart of mixture poured into the bowl pushes one quart of water and mixture out of the bowl into the stack. The enzymes and bacteria carried out in the quart leaving the bowl are deposited on the sludge coating the pipe. In the following 6-8 hours they embed themselves in the sludge so that when the toilet is next flushed they will not be flushed out.

Absolutely – in several ways. The bacteria in BIO-CLEAN are specially selected to digest a larger variety of waste, and metabolize it faster than naturally occurring bacteria or yeast additives. Oils, fats, grease and paper are very difficult for septic bacteria to handle. BIO-CLEAN is very effective on these materials. It increases solids destruction, so fewer pumpings are needed and that means money saved. Government Literature states that only 40% of the biodegradable waste is digested by the septic bacteria normally present in sewage.Not true! Bio-Clean digests 100% of all biodegradable waste.

More complete digestion also means fewer undigested solids leaving the tank. These solids would otherwise form a black gooey accumulation in the septic field and prevent water absorption by the soil. Therefore, BIO-CLEAN extends the life of a septic field.

Bio-Clean is sold exclusively through the plumbing and pumping industry at trusted dealers across America. Enter your zip code and hit search to find you local dealer!

What our customers are saying

View All Reviews Submit a Review